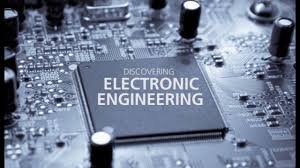 The highlighting feature of this system is that Serial Monitor in Arduino IDE is used to perform the polling operation no other external applications needed.

Control unit stores all the votes in the memory and is generally battery operated. Control unit also contains important buttons like result, close, print, clear. Ballot unit contains buttons of the contesting parties. A connecting cable is used for connecting ballot unit with the control unit.

This is called voice control robot thats controlled bluetooth hc-05 via a smartphone app.The app is developed in such a way that it convert the voice command to text and transfer the text to the connected Bluetooth device.The bluetooth connected on the Arduino board receives text from the Android app as characters and stored them as string to the assigned String.
There are words pre-programmed (forward, reverse, right , left and stop) to the arduino , whenever the received text matches with the pre-programmed words ,the arduino executes the command that assigned to the words. Arduino can connect to Laptop to monitor serial communication and check the working process and the words received by the Bluetooth.

A solar inverter helps in converting the direct current into alternate current with the help of solar power. Direct power is that power which runs in one direction inside the circuit and helps in supplying current when there is no electricity. Direct currents are used for small appliance like mobile e phones, MP3 players, IPod etc. where there is power stored in the form of battery. In case of alternative current it is the power that runs back and forth inside the circuit. The alternate power is generally used for house hold appliances. A solar inverter helps devices that run on DC power to run in AC power so that the user makes use of the AC power. If you are thinking why to use solar inverter instead of the normal electric one then it is because the solar one makes use of the solar energy which is available in abundant from the Sun and is clean and pollution free.Solar inverters are also called as photovoltaic solar inverters. These devices can help you save lot of money.  The small-scale grid  one have just two components i.e. the panels and inverter while  the off grid systems are complicated and consists of batteries which allows users to use appliances during the night when there is no Sunlight available.  The solar panel and the batteries that are placed on rooftops attract Sun rays and then convert the Sunlight into electricity. The batteries too grab the extra electricity so that it can then be used to run appliances at night.

Electricity is one of the greatest technological innovations of mankind. It has now become a part of our life and one cannot think of a world without electricity. Electricity is now an important part of homes and industries. Almost all the devices at home and industries running because of electricity. Electricity is needed to be protected for efficient power delivery to the consumer. Generation, transmission, and distribution of electrical energy involve many operational losses. There are two types of losses technical and non-technical losses overall technical losses occur naturally and are caused because of power dissipation in transmission lines, transformers, and other power system components. Technical losses in transmission and distributions computed with the information about total load and the total energy billed. While nontechnical losses cannot be precisely computed, but it can be estimated from the difference between the total energy supplied to the customers and the total energy billed. Moreover, non-technical losses are illegal utilization of power by electricity consumers. Electricity theft has emerged as a serious problem in power sectors especially in the developing countries. A huge amount of revenue is lost due to electricity theft. In some countries, this is so severe that governments are incurring losses instead of revenue. In some cases, government has to provide subsidies to the power sector to maintain a reasonable price of electricity. The financial loss results in shortage of funds for investments to expand the existing power capacity and as a result government is failing to satisfy the ever-increasing demand for electricity. A design of electricity theft monitoring system saves time as well as help to maximize profit margin for utility company working in an electrical distribution network. The utility company can keep a constant eye on its costumer. This project provides an overview of a GSM based efficient and effective Power Management. Now a day the problem of electricity theft has increased in rural areas and in industrial parks. Also, these thefts are quite noticeable in urban houses too. As a solution to this problem, an electronic system that can control this is of great requirement. This project adds a new security measure to such type of electricity theft control. The design is compact enough to setup this system in houses and industries. The main objectives of the projects are as follows:

(b) To design and implement GSM based power theft control system to notify the power theft for electricity utility power supplier .

(c) To check, verify and simulate the system in proteus software

(e) To reduce unforeseen expenditure due to power theft.

(f) To save wastage of time

This project is designed to build a robot that automatically detects the obstacle on its path and guides itself whenever an obstacle comes ahead of it. This robotic vehicle is built, using Arduino UNO board. An ultrasonic sensor is used to detect any obstacle ahead of it. A motor driver IC and 2 DC motors are used for controlling the movement of the robot. A servo motor is also used in this project. The ultrasonic sensor is then mounted on the servo and by rotating the servo to different angles we will obtain the readings from the ultrasonic sensor in those angles. This will help the controller to detect the exact path to navigate. A Bluetooth module is also added to the project (which is optional ) in order to control the robot from your android phone when it is in manual mode.

Objectives of the Project